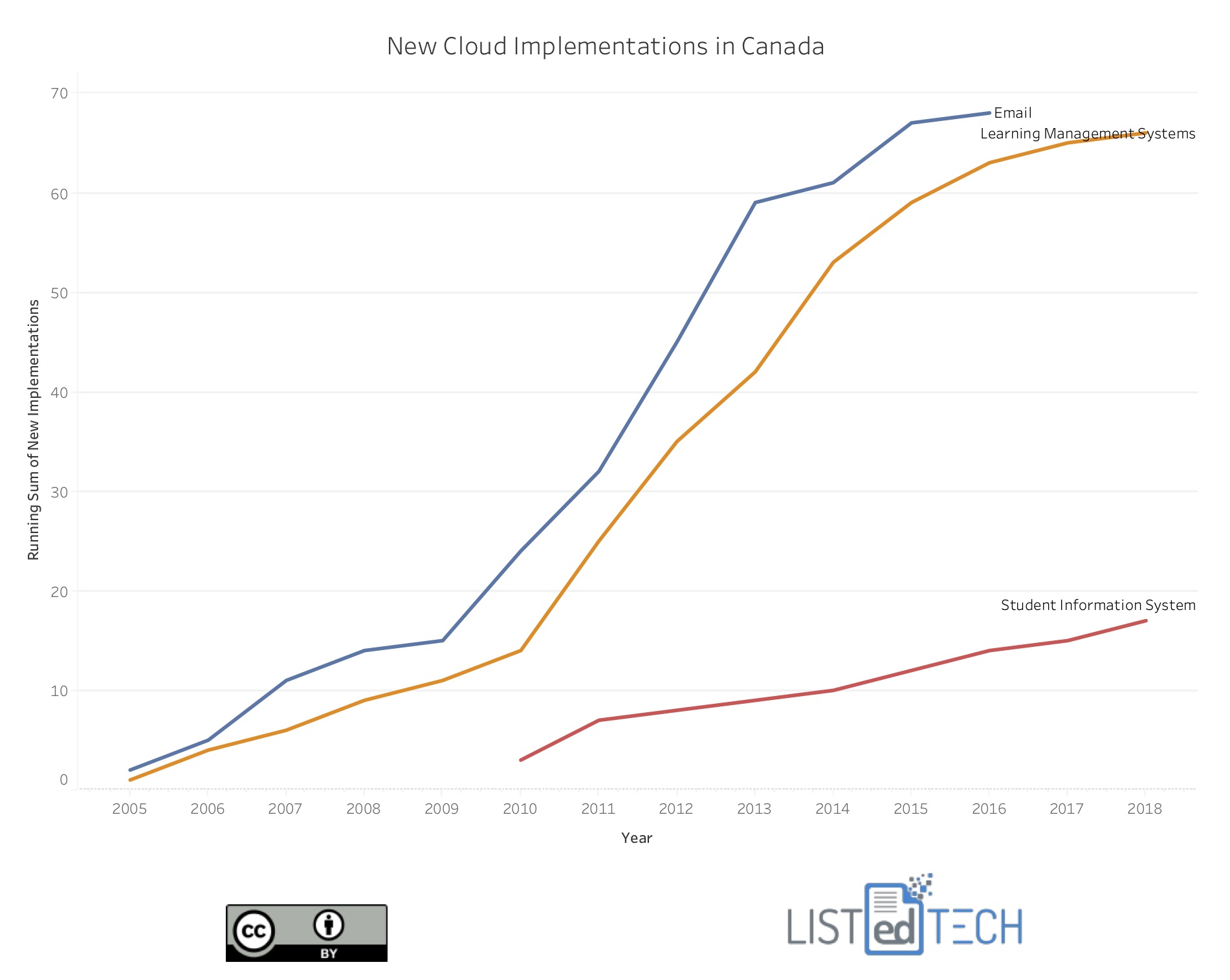 With last week’s announcement of Oracle setting up its own Canadian cloud service -this, following in the footsteps of Google (2018), AWS (2017), Azure (2016) and IBM (2015), it got me thinking how Canadian colleges and Universities have progressed in terms of moving their systems to the cloud.

In the past, we have heard stories of Canadian institutions not wanting to have their data in the (US) cloud because of security reasons, more specifically the US Patriot Act. This resistance pressured companies like Blackboard to set up their own data centres in Canada. Now that the big 5 (AWS, Azure, Google, IBM and Oracle) all have cloud infrastructures in Canada, this will only facilitate even more new cloud installations.

The move to the cloud

Emails, more specifically student email, was a first ‘cloud’ test for Canadian institutions. I specify student emails since most students already had Gmail or Outlook/Live/365 accounts so the move was an easier leap. Once this initial trial was done, it was often followed by the employee (Professors/Admin) email systems.

Learning Management Systems were usually the second system to be hosted in the clouds. This was helped by cloud-only systems like Canvas and now Brightspace (the two big players that are getting over 80% of new implementations in North America).

We are now in the ERP/Student Information System migration stage. Again, cloud-only systems like Workday are helping to push this trend.

Why the need for universities and colleges to move to the cloud? As explained in one of our previous posts, a few major reasons are: 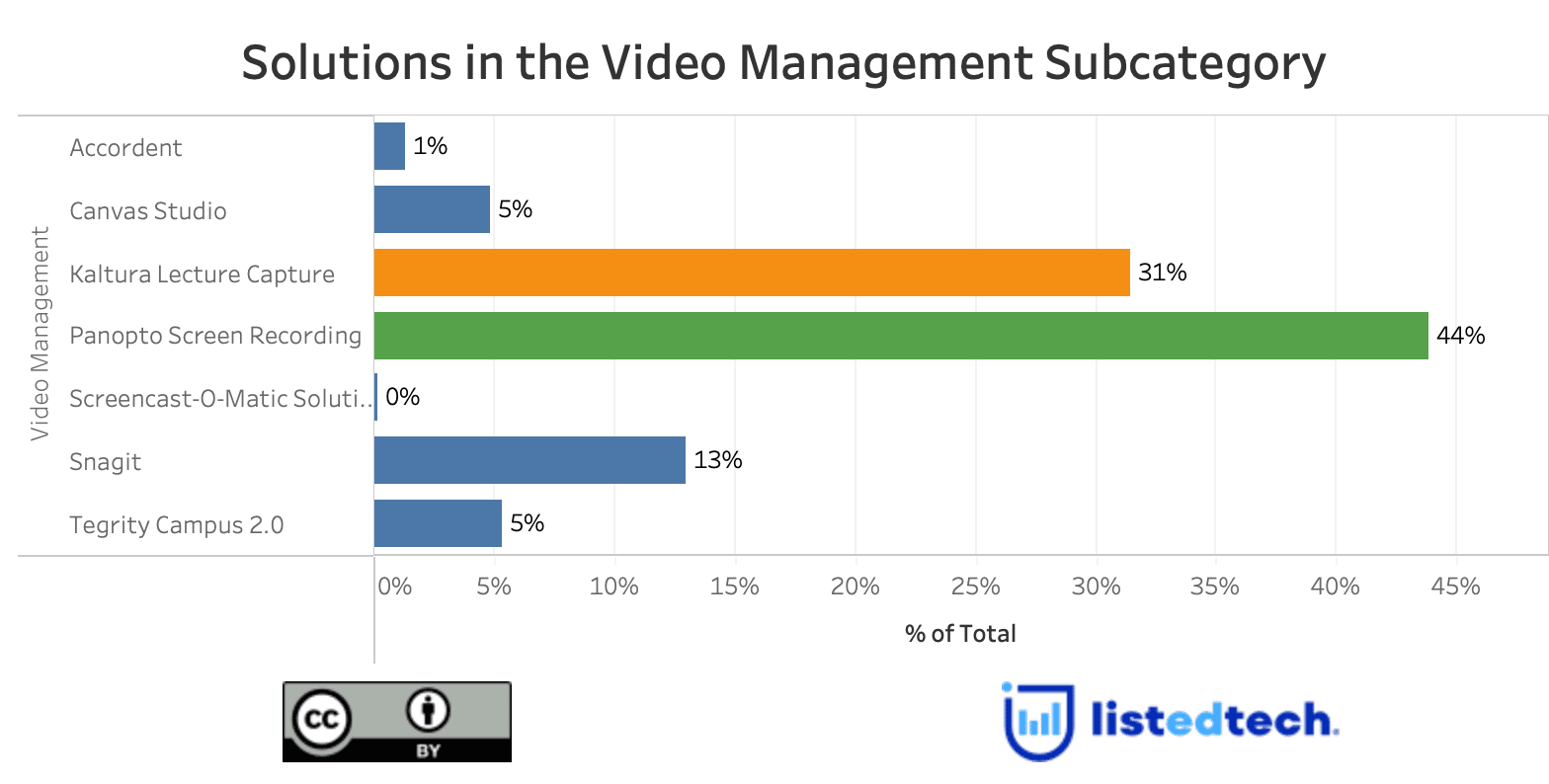 There is no doubt that Zoom dominates the conferencing systems group. Like other product categories, not all solutions in a large group compete for the same piece of the pie. For instance, while Zoom and Microsoft Teams focus on live streaming meetings, conferences and video calls, Panopto and Kaltura prominently provide video management solutions. At END_OF_DOCUMENT_TOKEN_TO_BE_REPLACED  Read More 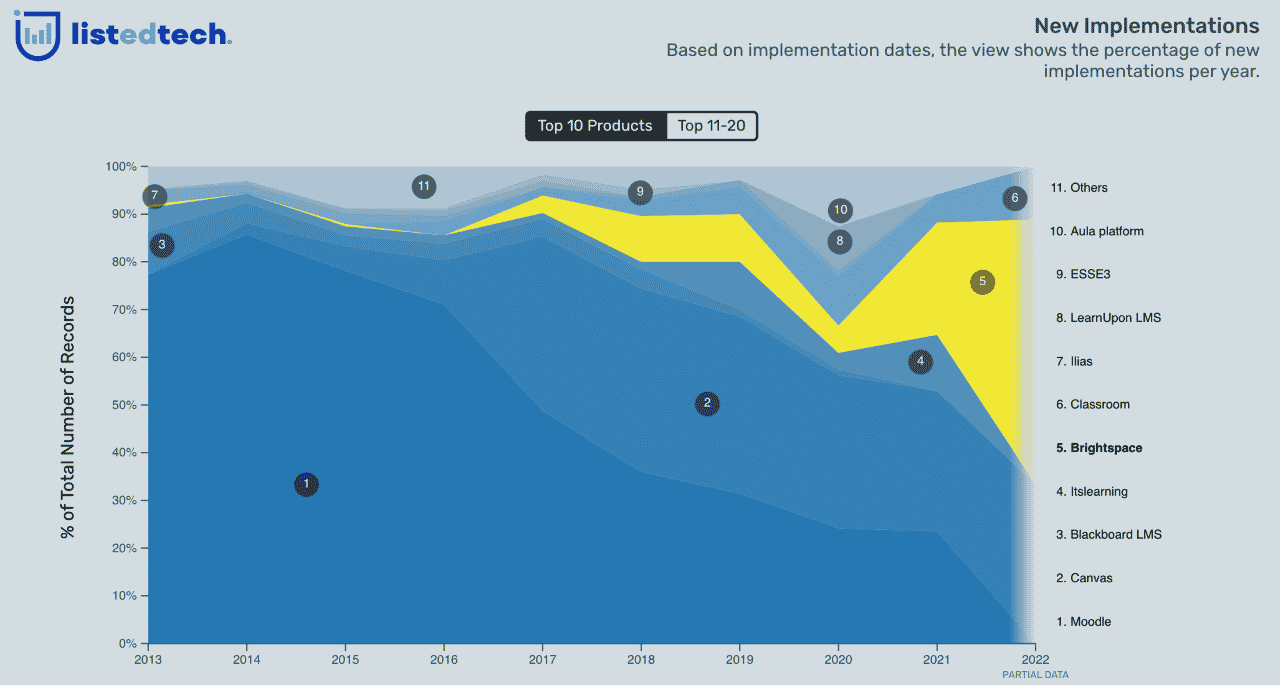 I was invited to attend this year’s D2L Fusion Conference. This was my first D2L conference. It was held in Boston (Mass.), July 20-22, 2022. Instead of welcoming the regular 1,000 participants, the conference hosted around 700 attendees. The attendance drop is due, you guess it, to the COVID-19 virus and the travel difficulties it brings. END_OF_DOCUMENT_TOKEN_TO_BE_REPLACED  Read More

Earlier this month, I was invited to attend the annual Anthology/Blackboard conference, entitled Anthology Together. This was my first time attending an Anthology or a Blackboard conference. The conference took place at the Walt Disney World Dolphin Resort in Orlando (Florida) from July 11th to July 14th, 2022 and had about 2,200 total attendees. I must say that END_OF_DOCUMENT_TOKEN_TO_BE_REPLACED  Read More