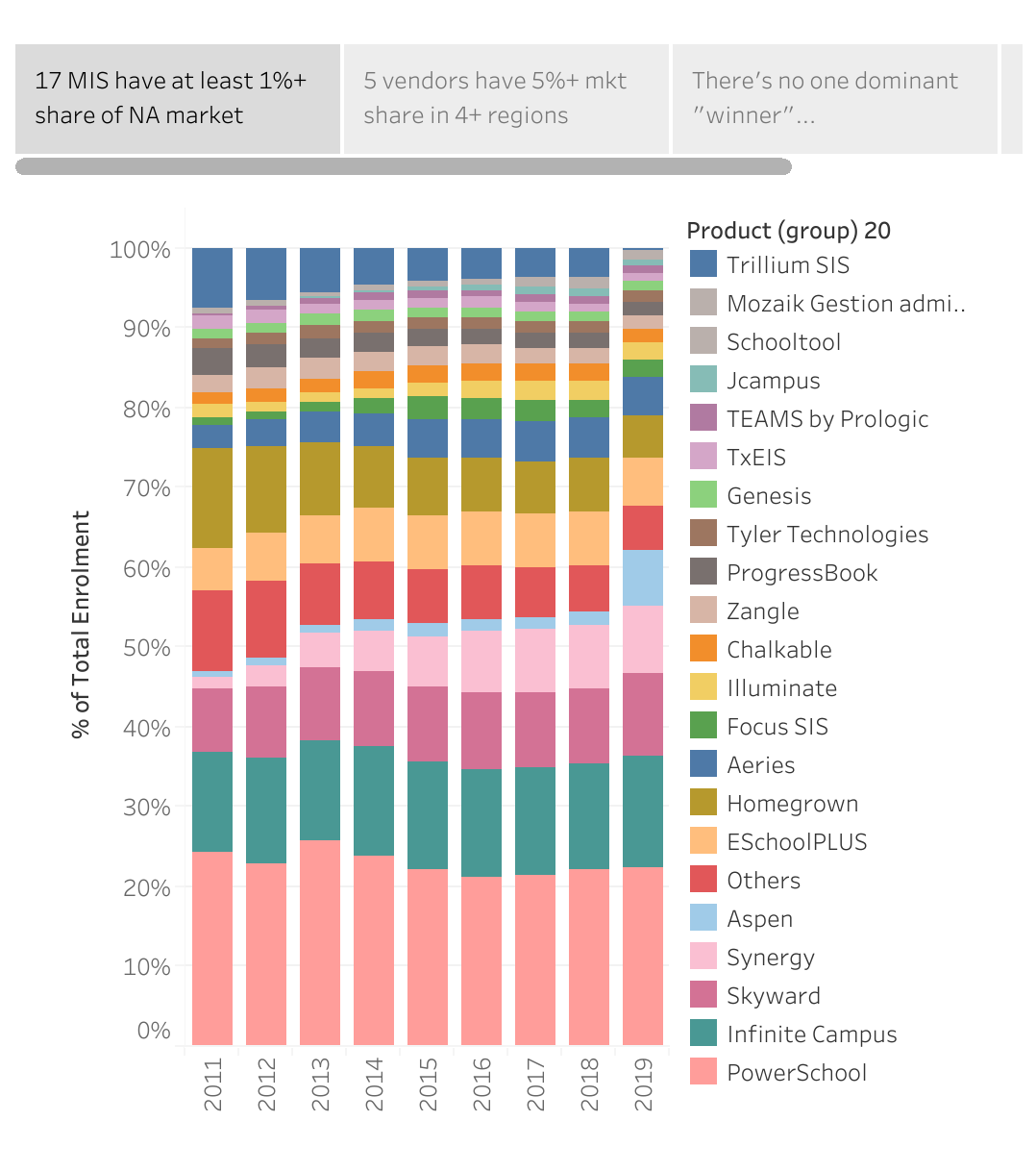 This is part two in a series of two blogs written by Justin Menard and me (Joshua Perry) using each other’s datasets. His blog post last week examined customer migration in the UK. This blog will look at what the North American market can tell us about how markets evolve. But before I get stuck in, let me quickly explain who we are and what we’re up to.

Anyway, back to me. I’ve created a Tableau Story in the same house style I use to blog about the English market, but using Justin’s North American data source. As always, I’ll give you the interactive graphs first, then you’ll find my analysis below…

So what can we see?

Finally, some brief notes and observations:

For any questions about the data used for the graphs in this post, or to find out about subscribing to LISTedTECH’s range of reports, please contact Justin using their website.

ListEdTech is pleased to announce that Eric Stoller is joining the company as our Chief Evangelist. With 20 years of experience in higher education marketing, student success, and edtech, Eric is perfectly suited to help us scale as a leading edtech market research firm.  “Eric’s knowledge and passion of the industry will help us better END_OF_DOCUMENT_TOKEN_TO_BE_REPLACED  Read More

On Friday, June 24th, 2022, several websites specialized in financial news announced a huge acquisition: Zendesk agreed to be acquired by a consortium of private equity firms for an amount between 9.5 and 10.2 billion dollars, depending on the news source. In the education sector, Zendesk is the leader of the help desk product category END_OF_DOCUMENT_TOKEN_TO_BE_REPLACED  Read More

On June 14, 2022, at least three HigherEd-oriented websites (Inside HigherEd; Higher Ed Dive; EdScoop) published articles stating that investments in the SIS product group doubled in 2021. The authors referenced a report by the Tambellini Group. In this post, we want to add some data insights on SIS implementations available in our database. For END_OF_DOCUMENT_TOKEN_TO_BE_REPLACED  Read More