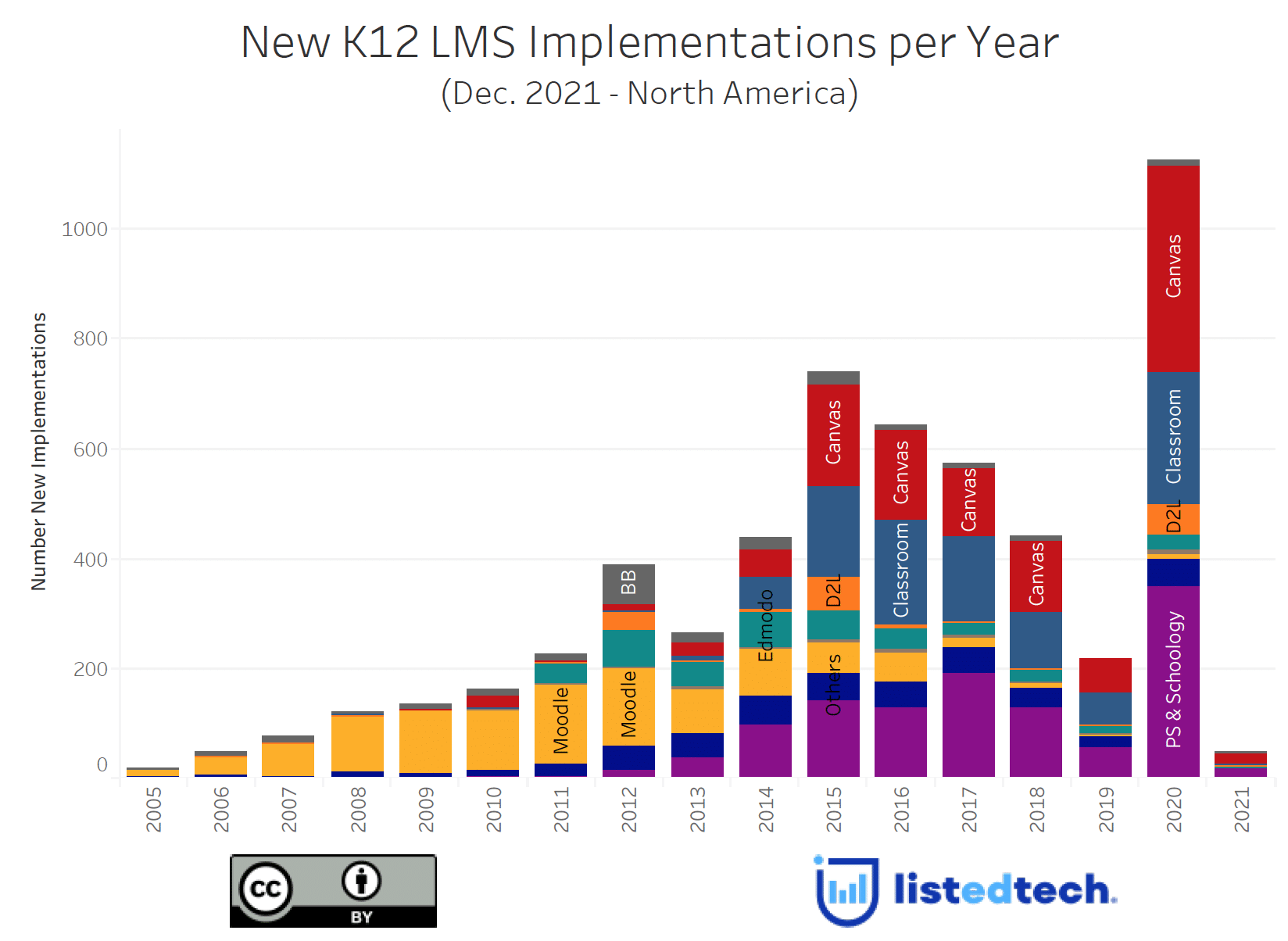 In June 2021, we published an update on the K-12 learning management systems. At the time, we had not noticed that some numbers did not adequately represent the market. Having adjusted our scrapers, we wanted to update you before the end of the year.

The pandemic had (and continues to have) a massive impact on education. We saw large numbers of new implementations in the K-12 market, especially for LMS systems and conferencing solutions. It is necessary to underline that many school districts and school boards implemented an LMS for the first time since they were forced to teach at a distance.

Over the past six months, we worked hard to find more data on this submarket. Between June and December, we added 300 new implementations for the year 2020. We didn’t just update this year; we also increased our historical data: between 2015 and 2019, we strengthened our database with an additional 150 implementation lines in total. These additions strengthen our data to better represent the market.

As we continued to acquire more data on the K-12 LMS market and, as we mention last summer, we noticed that 2020 was out of the trend lines. From 2015 to 2019, the new implementation graph shows a downward trend. But when the pandemic hit the world, K-12 new LMS implementations skyrocketed to reach a historical peak. We estimated that half of these new implementations were done in school districts where no LMS was previously available to teachers and students.

When we look at specific product implementations over the years, we see a shift in the market leaders.

Once the market leader, Moodle almost disappeared from the K-12 submarket. At first, when school districts and school boards deployed learning management systems for the first time, they massively selected Moodle. The domination of Moodle over the K-12 market persisted for half a decade. The turning point was in 2011 when Edmodo became a strong competitor, replaced (to a certain extent) by Schoology, Classroom, Canvas in 2014. Since then, Moodle’s decline has been constant.

Since then, Canvas and PowerSchool/Schoology have replaced Moodle as the market leaders. Since 2012, their shares of new implementations have constantly been increasing and are now at roughly 40% each, leaving only 20% for the other LMS solutions.

We are pleased to say that the new data that was added in recent months support our previous findings. As usual, please keep in mind that our new implementation data is delayed by about six months, so we shall notice slight variations for the 2021 data when we do our next update (in June 2022).

Before the Internet was even a thing, businesses and institutions established terms and procedures to sell, acquire and exchange goods and services. This process was named procurement. Thanks to significant advancements in technology and SaaS, public organizations and educational institutions nowadays use e-procurement solutions to manage their procurement processes. History of e-Procurement We have to END_OF_DOCUMENT_TOKEN_TO_BE_REPLACED  Read More 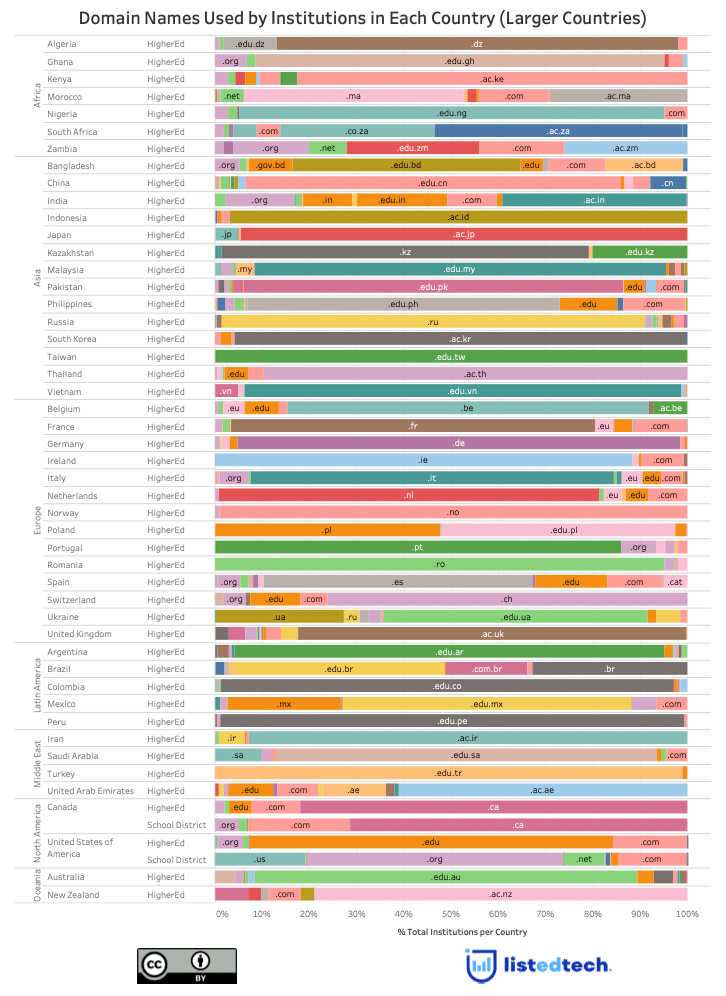 Today, we are digging into a topic outside of our regular sandbox: Institution URLs and the type of information they can provide on an institution. To produce this post, we have gathered the data from the ListedTech database to sort the domains used by over 77,000 institutions across the globe. Our database of 77,000+ institutions END_OF_DOCUMENT_TOKEN_TO_BE_REPLACED  Read More