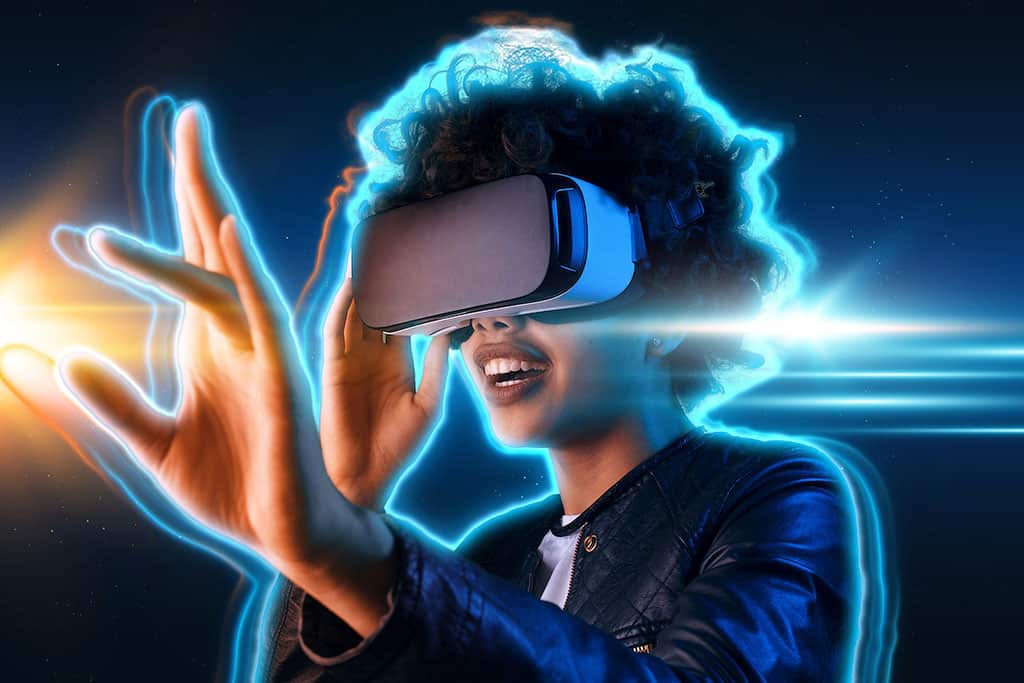 Whenever you write about anything about virtual reality and higher education, it’s essential to take a spin through memory lane. Primarily because while improvements have been made in both the software and hardware of VR, it still doesn’t feel like it’s quite there yet.

Second Life as the Precursor

Back in 2009, when I was working with NACADA on the association’s first-ever technology seminar, one of the participants shared that their institution was working on building an island in Second Life. Whether or not that university made a virtual island and used it for teaching, learning, and advising is irrelevant. In higher education, as is often the case, it was the attempt that perhaps mattered more than the result. Back then, Second Life was the big experiment in crafting a space for a higher education experience that went beyond brick-and-mortar or online environments.

My first encounter with a headset-driven virtual reality experience was at the Historium Bruges in Bruges, Belgium. The visuals were as good as you would expect from VR technology in 2016. It was a novel way to “see” how a place “looked” during the Middle Ages.

And, how could we forget the ubiquity of Google Cardboard? For a while, every university seemed to be racing to create a virtual campus tour where students could use university-branded headsets with their smartphones.

In 2020, our blog even featured “the renewal of virtual reality” in higher education. If VR sometimes feels like a broken record, that’s likely due to the nature of its hype cycle. VR is nearly always presented as the next big thing in technology.

The Rise of the Metaversity

Fast forward to 2022, and higher education is taking another swing at VR. According to a recent article in EdSurge, “Ten higher education institutions across the U.S. have signed up to create digital versions of themselves that look 3D and feel immersive when accessed by students wearing VR headsets.” They’ve been dubbed “metaversities.”

It’s an interesting concept, albeit, in many ways, it reminds me of the mostly defunct Second Life islands of yesteryear. The graphics have improved, and the experience is no longer viewed on a screen but via a headset, but I can’t help but think that not much has really changed.

Metaversities sit within the complex intersection of software, hardware, and mythology.

The software and the hardware sides of VR are getting better. However, most of the rhetoric around these new metaversities sounds like carbon copies of what’s been previously said about virtual reality experiences. Pedagogical experts say, “this time, it will be better,” and accessibility champions ask how the digital divide might widen even further.

Another aspect of these new metaversities that The Chronicle of Higher Education brought up was the issue of data privacy. Created by VictoryXR with funding from Meta (Facebook’s parent company), these new initiatives have profit-driven motives that cannot be ignored.

However, with every critique of VR comes a story of constructive use. As featured in EdScoop, at Morehouse College, an HBCU in Atlanta, VR has become a popular means of course delivery:

“Muhsinah Morris, an assistant professor of chemistry [at Morehouse] who led the effort, said VR has impressed her, crediting the technology with boosting students’ grades by 10% and heightening student satisfaction and engagement with course material.”

Morris is now pushing for all incoming freshmen to receive a VR headset.

Community colleges are often an afterthought in the HigherEd world. Yet, in the United States, there are almost 1,500 institutions, and in Canada, a little over 200. These community colleges north of the 28th parallel register more than 5.5 million students. It is time to specifically showcase community colleges in a post. Today, we want END_OF_DOCUMENT_TOKEN_TO_BE_REPLACED  Read More

The New Face of Finalsite

When Finalsite purchased Blackboard K-12’s product suite in mid-September, we finally got the answer to the question from September 2021: what is the fate of Blackboard’s non-LMS products? At the time of the purchase last year, we said that “[b]y merging with Blackboard, [Anthology] gains a robust LMS to complete its product offering.” But we END_OF_DOCUMENT_TOKEN_TO_BE_REPLACED  Read More 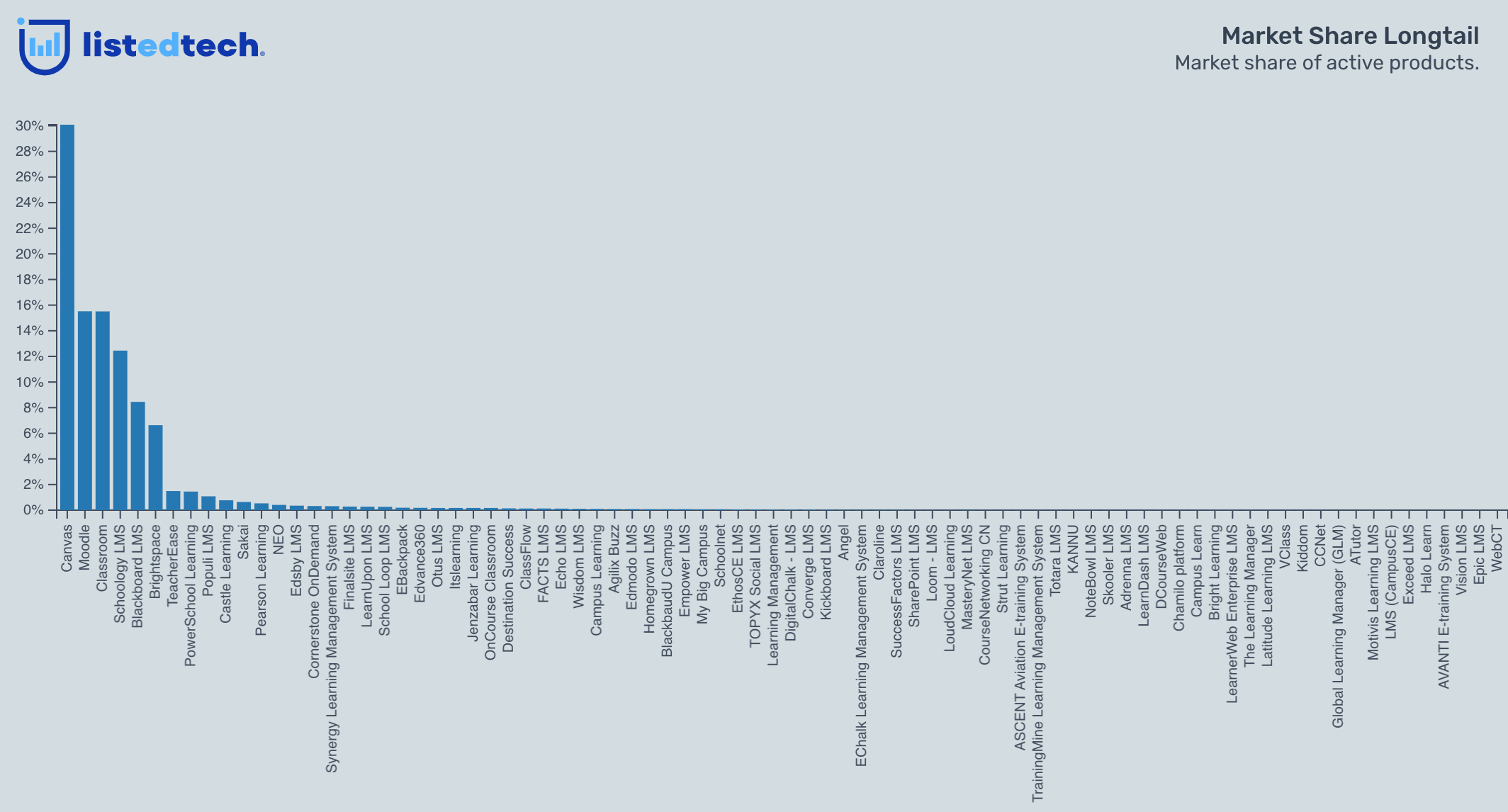 Note: This post combines all K-12 School Districts and HigherEd Institutions in North America. The North American LMS market has evolved a lot over the past decade. The change is not in the proposed solutions but in the leading systems. In 2013, the two leading products were Moodle (35%) followed by Blackboard (25%). Today, Canvas END_OF_DOCUMENT_TOKEN_TO_BE_REPLACED  Read More