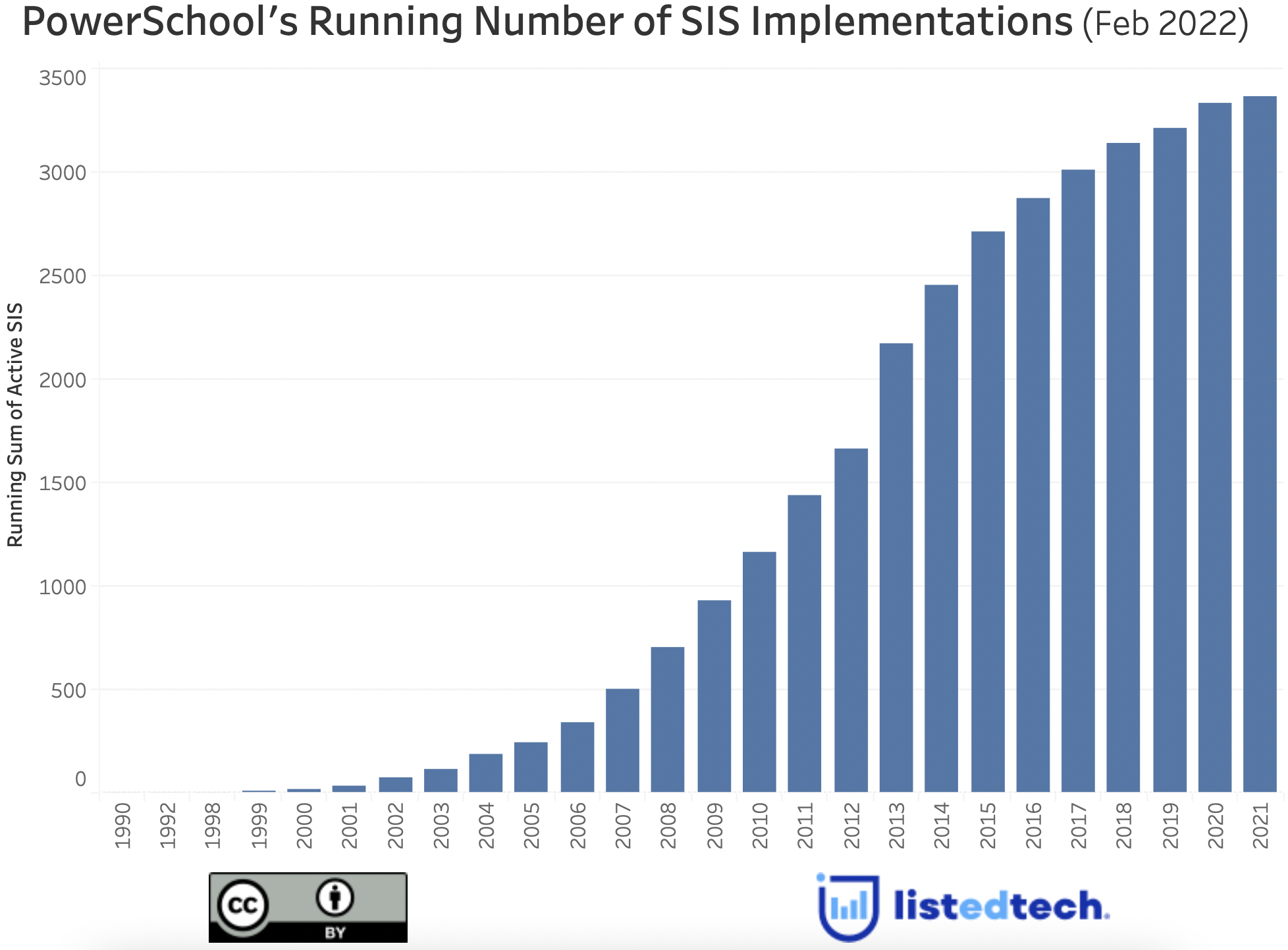 Like many IT stories in the 1980s and 1990s, the creation of PowerSchool initiated from one specific need: getting attendance tracking (as well as other information) to be sent through the school district’s network. From this initial class project, Greg Porter (founder of PowerSchool) worked on his project to build the first version of PowerSchool Student Information System in 1997.

Contrary to many companies at the time, Porter focused the development of PowerSchool on one core element: a web-based platform. In the times of Macintosh versus Microsoft, Porter’s vision added a third (and stronger) player to the battlefield. To gain more clients, he also attended competitors’ presentations the day before he was scheduled to present, noted all the missing components of these systems, and added functions to his PowerSchool system that same night. The business model attracted the attention of Apple, to which he sold his company for $62 million in stocks in 2001.

From an SIS Company to a K-12 Solution Provider

Since this announcement, PowerSchool has been acquired twice. It was first sold to Pearson Education in 2006 for an undisclosed amount and then to Vista Private Equity in June 2015 for $350 million. Three years later, in June 2018, Onex Corporation decided to join Vista Equity Partners to support PowerSchool’s growth. Since this agreement, Onex and Vista are equal partners in this enterprise. What is intriguing about PowerSchool is not really its owners, but the several acquisitions they have made over the years.

With Porter’s method of gaining clients, the company became well known in the SIS market in the early 2000s. In recent years, it acquired 14 companies. Here is a table of these acquisitions, sorted chronologically:

PowerSchool focuses on several objectives to stay on top of its game:

While PowerSchool is primarily focused on the K-12 market, its PeopleAdmin and Intersect products do specifically serve universities and colleges.

With its current product line and acquisition model, PowerSchool has been dominating the K-12 market, not only in the SIS product category. Under the ownership of Vista Private Equity and Onex, PowerSchool has expanded its product line to include leaders in K-12 education technology and well-known career readiness solutions. Since the first version of this post, we saw that PowerSchool, under the management of its CEO Hardeep Gulati, continues to buy more to become the K-12 education technology company.

This article includes information obtained from PowerSchool after its initial release in an email sent to our subscribers on February 24th, 2022.

ListEdTech is pleased to announce that Eric Stoller is joining the company as our Chief Evangelist. With 20 years of experience in higher education marketing, student success, and edtech, Eric is perfectly suited to help us scale as a leading edtech market research firm.  “Eric’s knowledge and passion of the industry will help us better END_OF_DOCUMENT_TOKEN_TO_BE_REPLACED  Read More

On Friday, June 24th, 2022, several websites specialized in financial news announced a huge acquisition: Zendesk agreed to be acquired by a consortium of private equity firms for an amount between 9.5 and 10.2 billion dollars, depending on the news source. In the education sector, Zendesk is the leader of the help desk product category END_OF_DOCUMENT_TOKEN_TO_BE_REPLACED  Read More

On June 14, 2022, at least three HigherEd-oriented websites (Inside HigherEd; Higher Ed Dive; EdScoop) published articles stating that investments in the SIS product group doubled in 2021. The authors referenced a report by the Tambellini Group. In this post, we want to add some data insights on SIS implementations available in our database. For END_OF_DOCUMENT_TOKEN_TO_BE_REPLACED  Read More